A two-day long national Campus IT Festival-2015 for the fourth time was held at Teachers and Students Centre (TSC) of Dhaka University aiming to build ICT based campus through technology friendly environment for students. It started from 31st May 2015 and ended on 1st of June. At 10 o clock in the morning with ICT minister, the chancellor the vice chancellor and the dean of IT department of DU along with other teachers opened the fest.

There were 1500 participants from all over the country from different schools, colleges and Universities. Different types of contest held at the IT fest. One of them was NOESIS Quiz Contest where 26 teams from 26 universities participated. Each team consists of maximum 3 members. American International University Bangladesh (AIUB) was the champion of that quiz contest. AIUB team name was A Cube and members:  Abdullah Al Imran ,  Md. Arafat Wasiullah ,  Pahlwan Rabiul Islam.

The quiz contest started from the 3 pm of the starting day. There were 3 rounds of the contest. First round was MCQ round where 12 teams were selected for the next round. Then the second round started at the evening at 7 pm. It was stage round where team members were on stage. On stage judges asked different questions to each team. From them 12 teams highest scoring top 6 teams were selected for the final round. The selected 6 teams were from AIUB, ULAB, UIU, BUBT, JU, IUT. The final round held in 1st June at 10 AM in the morning.  The final round was also an on stage question answering segment. In the end there was a quick quiz as a bonus for each of the 6 teams. Among them AIUB was champion and they were on top in each round.

The participants from AIUB are the member of AIUB Computer Club (ACC). A short note to be added that ACC has been facilitating all the trainings and activities that are being arranged and organized in university campus. All the winners are active members of ACC and ACC is also proud of their achievement. 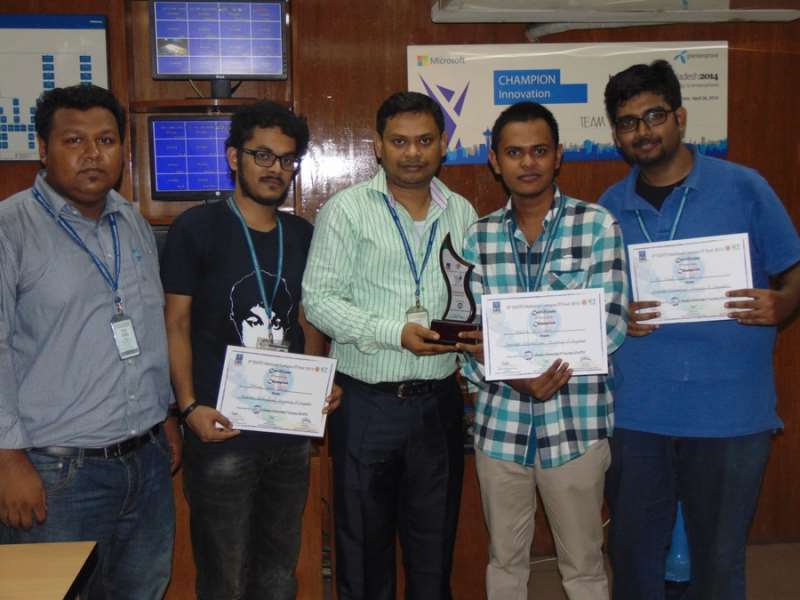