Sunday 23 November 2014 The art of storytelling has always been the most common source for entertainment through time. But over the years, more and more people have come to understand the power that it holds, and how effective it can be in delivering a message. With that notion, GREY Bangladesh Ltd. & Perfetti Vanmelle Pvt. Ltd. together put up ‘Stop Not Film Banao’, an inter-university ad-making competition. Each of the 10 participating university teams had to create a TV Commercial [TVC] for the brand of chips, ‘Stop Not’. The event was held on the 13th of September 2014, at GREY’s Gulshan office. AIUB was represented in the competition by the AIUB Film Club [AFC], comprised of the following members –

The team was also supported by Mr. Khairul Alam Shiplu and Mr. Romel Khan in the Cinematography and Editing of the TVC. AFC was not only a strong contender, but they also came out victorious as the champions of the competition. The winning concept for the TVC that AFC submitted, titled ‘Porte Porte Stop Not’, depicted an interesting character, a boy who just couldn’t stop reading. Wherever he went, he would read whether it was studying, or the news, or even posters on the side of the road. And while he went about his ‘reading’, he continued munching on the chips, ‘Stop Not’. The TVC concept received immense praise and appreciation from both the judges and the organizers alike. AFC proved their passion and talent for film-making, and has undoubtedly done AIUB proud. 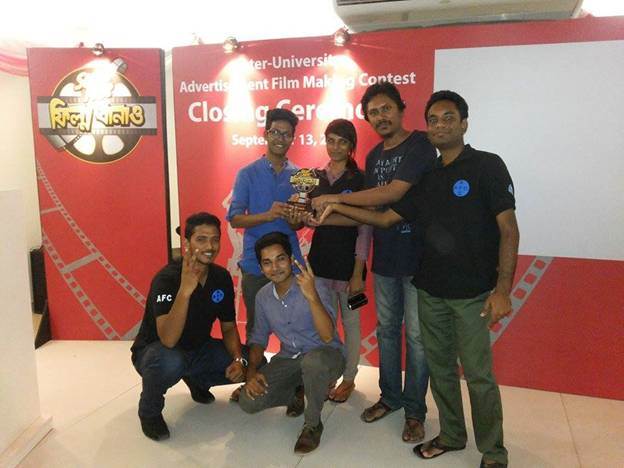 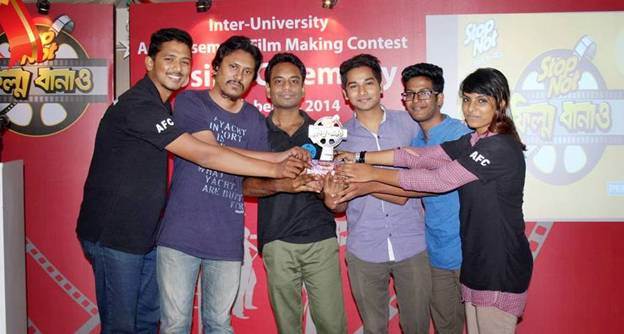 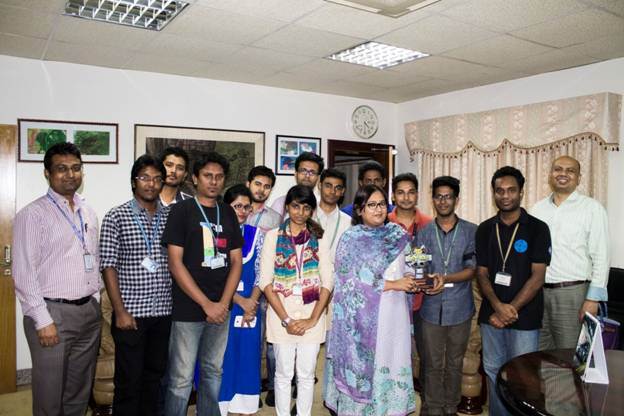