AIUB is the Champion of the CISCO NetRiders Bangladesh 2014

For the sixth time, AIUB teams emerged as the Champion of the National Cisco Skills Competition which is held every year to test the theoretical and practical knowledge of the young networkers in Bangladesh. This year the competition was held virtually over Cisco’s WebEx Technology on August 7, 2014. Mr. Abid Ahmad and Md. Ibrahim Mahfuz of AIUB Cisco Networking Academy crowned the Champion title while Rustam Ali and Sajal Bhowal emerged as First Runner-up and Salahuddin Ahmed Sabbir and Mumtahin Hasan Shafi secured the Second Runner-up title. The Champion team will represent Bangladesh in the upcoming Asia Pacific NetRiders Competition 2014. Kudos to all the team members and mentors for securing all the top positions and wish you all the best in the Asia Pacific competition. AIUB family is proud of you. 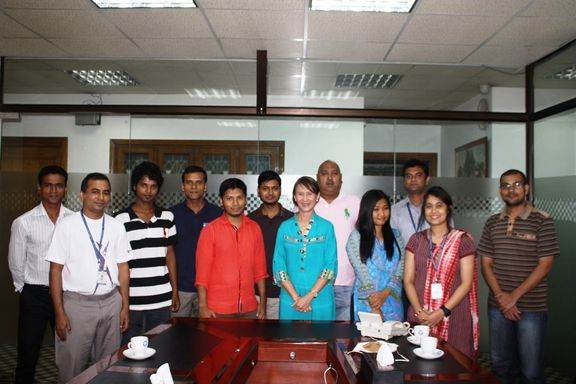