The groundbreaking ceremony of the American International University – Bangladesh (AIUB) Permanent Campus was held on Tuesday, 27th March 2012 at Kuril, Kuratuli Road, Dhaka adjacent to Bashundhara. The Honorable Education Minister of the Government of the People’s Republic of Bangladesh, Mr. Nurul Islam Nahid MP was the Chief Guest of the ceremony. The Founder Chairman of AIUB, Dr. Anwarul Abedin and the Vice Chancellor Dr. Carmen Z. Lamagna also delivered their respective messages on the occasion.

In his speech, the Education Minister appreciated and expressed appreciation  to the authorities of AIUB for taking immediate action to build permanent campus on the basis of the Government’s policy decision. He also highlighted that AIUB is always maintaining standard and quality of higher education in the fields of Science, Information Technology, Business and Engineering along with creating leaders in other fields. He hoped that AIUB will continue to keep this trend in the near future. The Hon’ble Minister has given a brief description on the plan and program of the education sector of the present Government categorically mentioning New Education Policy and Private University Act 2010. In addition, he elaborately explained the progressive step taken during his time on Education sector as a whole. Also, he criticized that some of the Private Universities are making business by selling certificates and this must be stopped. He hoped that other universities will follow the example of AIUB with regard to constructing their own permanent campus. He also spearheaded the  laying of the  Foundation Stone of the AIUB Campus.

In her speech, the Vice Chancellor Dr. Carmen Z. Lamagna elaborated the academic programs and activities of the University and highlighted the significant achievements of the university. She also focused on the future plan and program of the university. She mentioned that AIUB purchased 22 bighas of Land where the Academic Buildings, Administrative Building, Lab Building, Recreation, Auditorium, Library and Praying Room will be constructed with energy saving system. The architectural design was executed by a reputed Thai Architecture, Prof. Dr. Soontorn Boonyatikarn.

Dr. Anwarul Abedin, Founder Chairman of the AIUB Board of Trustees offered a solemn thanks to the Al-mighty for the fulfillment of his dream. He called upon those concerned  to extend their utmost assistance and co-operation for the future development of the university. 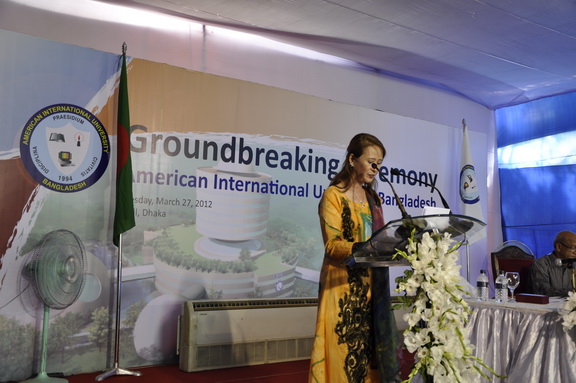 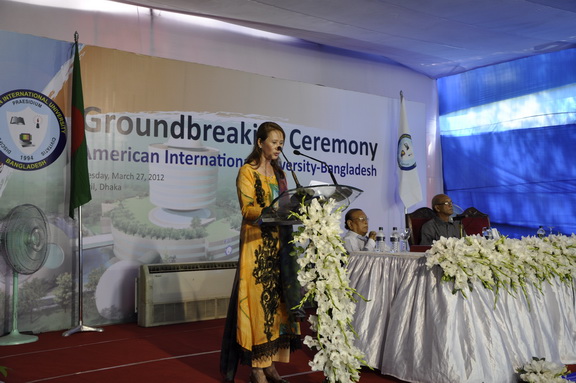 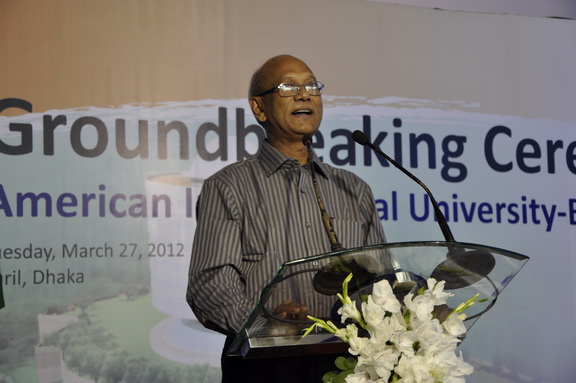 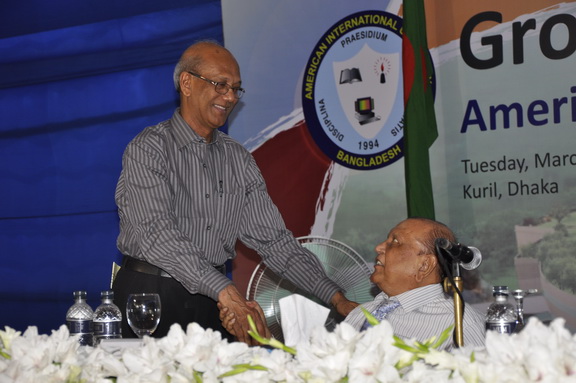 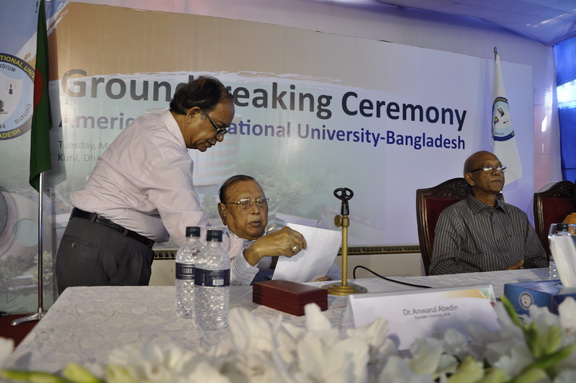 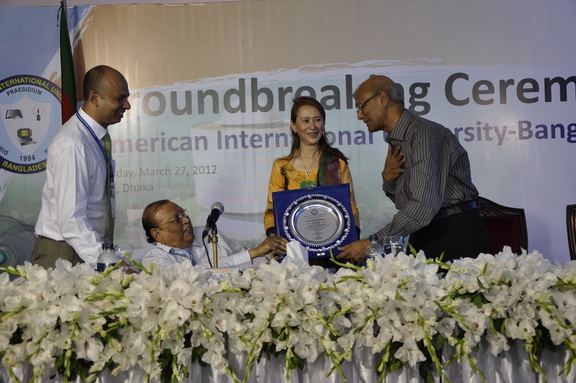